Nutanix AHV is Taking Over 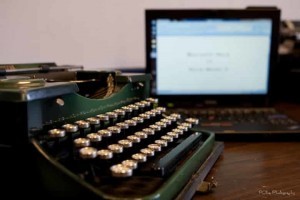 Nutanix AHV is the Next Generation Hypervisor

As a strong partner of Nutanix, Cima firmly believes in the value of a HyperConverged infrastructure. A few years ago we began deploying Nutanix for our client's VDI environments. From there, the benefits of Nutanix have become obvious beyond the VDI stack, and thus our clients quickly began to move their virtual environments to the HyperConverged stack managed by Prism. Our largest Nutanix client is a 325 bed hospital in North Texas. They fit the description of evolution to HyperConverged I described above. In January, they planned to migrate more virtual workloads including DR to their Nutanix platform. This would include more VMWare licenses and ongoing SnS.

At this point, we had a decision at Cima... We could take the easy path, take the hardware and VMWare order and then deliver it, or we consider them a git for Nutanix's included free Hypervisor (Acropolis AHV) as an alternative to VMWare. At this point, AHV was on its 5th version and had truly matured. 25% of all Nutanix nodes are now running AHV instead of the usual suspects. So, instead of just taking the order for VMWare and Nutanix, we suggested a POC to evaluate the feasibility of AHV for this environment.

The POC was gradually done over about 30 days and was a resounding success. The entire process was much easier than we, or event the client thought. As a result, they moved the new Nutanix with AHV into production and are now considering other environments to do the same. This represents about $100K in savings in year 1 and the potential for $100K plus in annual savings as they progress off VMWare. Oh, and btw, this only represents the savings on ESX. There are other targets to consider such as SRM and productivity etc. going forward. In short, there is tremendous room for cost savings for our clients by moving to Nutanix.

In summary, if you are a VMWare shop, or a traditional three tiered infrastructure (Compute, Network, SAN), then we would like to talk to you about the Nutanix value proposition and potential fit for your business.