We’re Living in a MultiCloud World 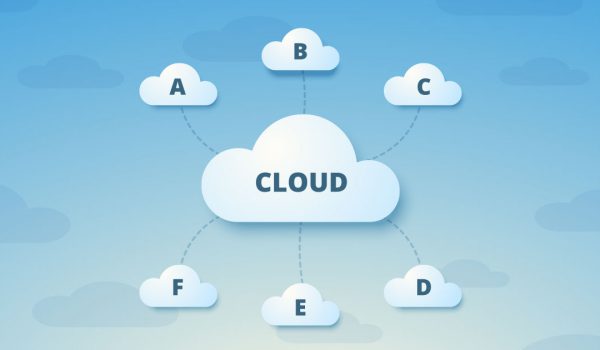 First off, I would like to apologize to all the Madonna fans out there for my bad knock-off but, yes, we are living in a Multicloud world! Multicloud is described as “the use of multiple cloud computing services in a single heterogeneous architecture”. At first blush, you would think that’s just for large enterprises. But not so fast my friends. Multicloud is how every small business should operate. In fact, your business is probably already in a multicloud environment!

For the first verse of our geek song, let’s talk about the beginning. Cima started in 2005. At the time, if you said your business ran in the cloud, a business strategist would say you better get your head out of there quickly or you’ll be toast. Back then, the term “hosted” was used much more often. Cima’s first foray in to the cloud was a hosted website we purchased from GoDaddy. With that service we also did hosted email. And thus our business was born. Right up there with the big boys and girls - we were able to stake our land on the internet and send and receive email.

The second verse of our song (sorry, I’m sticking with this tacky analogy) would talk about our journey to sell “cloud” services. That’s where we learned that multicloud was the best way for a company of any size to harness the knowledge, innovation and speed to market that cloud solutions could provide you. By 2008, we were already deploying a multicloud strategy. GoDaddy for our web and Google Apps for our email. By 2010, we were selling Google Apps and quickly added Softlayer (which later was acquired by IBM) to our solution stack. Every time our clients had a new need, we’d look to cloud resources as a way to address the need. We applied the same approach internally here at Cima as well. If we wanted a marketing solution, back office solution, collaborative solution - we would canvas who was out there and deploy the best of breed solution.

The last verse of our song is about where we are today. At last count, Cima - a 15 person company - is utilizing 36 different cloud resources! Just this year alone, we’ve introduced 10 new resources and sunsetted 5. There is absolutely no way a company of our size could have been in business for 13 years AND continue to innovate without embracing a multicloud approach. Our soon to be announced Alexa skill is a great example. To deploy it, we had to use Amazon Lambda resources along with AWS S3 storage. We had to host it using Google Domains. We will market it with Mailchimp and Buffer. We had to get outside assistance to develop the app using Upwork. And of course, we had to collaborate on it using Google Apps for Business.

So embrace this multicloud world we are living in. It is the oxygen to small business - allowing the little guys to be just as innovative and successful as the big guys!