IoT in Education: Observations from the ACC Conference

We had a fantastic time at the ACC Conference this week which we hosted with our partner HPE. Part of the personal interaction opportunity we had at the conference was a 45-minute session around IoT, which ran over to 1 hour.

Typically, I’m used to attending sessions at tech conferences where everyone walks in the room with enough knowledge to at least be dangerous and potentially belligerent to the speaker.  This was a very different session. 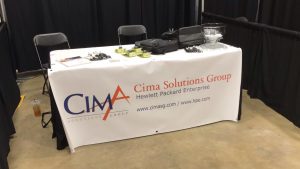 We set this session up as a round table discussion because the attendees of the conference were predominantly Leadership and Administrative staff. This is what we learned:

For those of you in IT at these campuses, it’s time to talk.  IoT is not just about your student’s iPhones. It is their parents' Fitbit, their girlfriend’s gift of a smart coffee maker, and, most somberly, their ex-girlfriend’s location on the campus if she is bent on revenge.

Cima and HPE have the skills to help you design, deploy, and operationalize IoT.  Please contact us today to set up a consultation.