HPE's acquisition of Nimble a couple of years ago made a lot of sense for them.  As I tell people today, no one buys storage or servers because of the specs.  It's now all about management.  In fact, if you sit through a Nimble Storage dog and pony preso, you probably will notice, there are no slides on hardware.  It's all about InfoSight.

InfoSight fits in the category of Predictive Analytics for Storage.  It was what really makes Nimble Storage so special.  It sits on all Nimble Storage arrays and continuously analyzes capacity, performance and looks for issues such as bottlenecks.  Not just storage either.  Storage usually takes the blame for performance even though the issue might be with the network, server, or VM.  Infosight will evaluate and recommend changes based on IO patterns.  Additionally, it will also look for trends than indicate an issue with the array itself and report the problem to support so it is addressed before anything actually goes wrong. 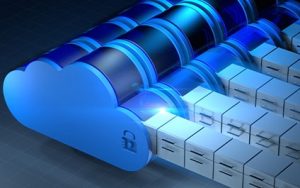 Back to my point on the acquisition of Nimble, HPE clearly had eyes on InfoSight.  Quickly they moved to expand it to their flagship 3Par storage line.  This year they are rolling it out for Servers across their Proliant, Apollo, and Synergy Line.  With InfoSight for Servers HPE is now allowing you to leverage machine learning for your server platform.  Much like InfoSight for storage, the predictive engine will now analyze server configurations, look for issues or bottlenecks and make recommendations.  To get a better understanding, take a peek at the chalktalk here:

HPE Server and Storage Together

I have often said that HPE is the only company not afraid to call themselves a hardware company in this current era.  Their tagline is "Infrastructure Matters" .  So as you think about deploying or refreshing your 3-Tier platform, I would challenge that having a single vendor with a single analytics engine running across it is an easy choice.